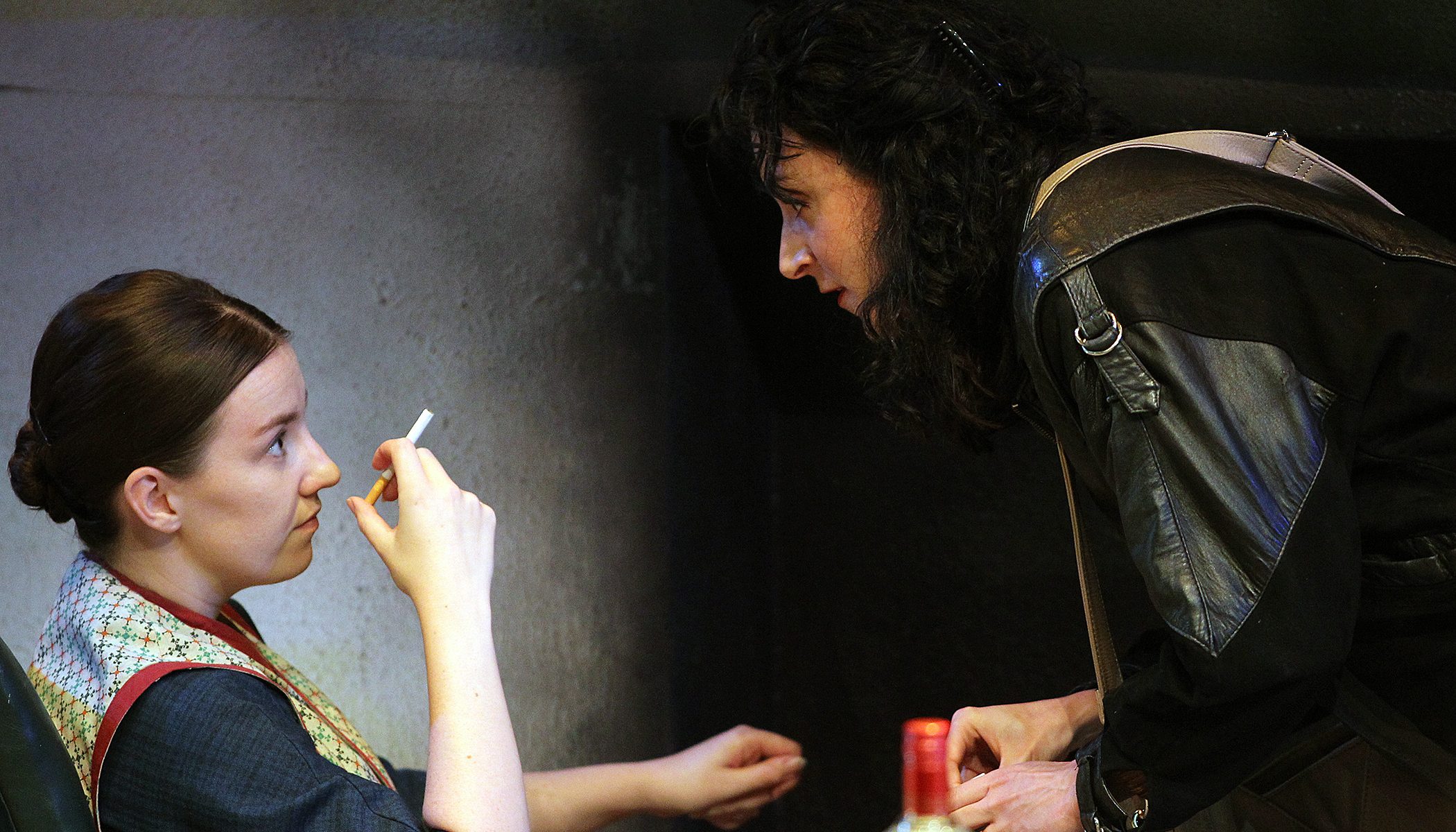 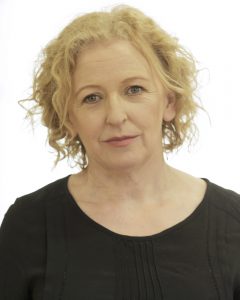 Joan Sheehy is from Limerick and has been acting professionally since 1980. She has worked extensively with the Abbey Theatre, Gate Theatre, and Project Arts Centre in Dublin and Moscow, Leningrad, New York and the Almeida Theatre in London with the Abbey Theatre’s acclaimed production of THE GREAT HUNGER: she toured Australia with Druid Theatre Company’s production of THE PLAYBOY OF THE WESTERN WORLD which also played at the Donmar Warehouse in Covent Garden. Theatre work includes CONVERSATIONS ON A HOMECOMING (Druid), MY SISTER IN THIS HOUSE (Project), THE RECRUITING OFFICER (The Gate), THE MIDNIGHT COURT (Project), THE GREAT HUNGER, THE GENTLE ISLAND, DANCE FOR YOUR DADDY, YERMA (all at the Abbey Theatre). YERMA for Galloglass Theatre Company, CELL for Calypso, and PIGTOWN for Island Theatre Company.

Film and Television roles include ESCAPE FOR VERGIE for Hill 16 Films, THE STRANGER for Thames TV, HARD SHOULDER, ANN DEVLIN, THE PLAYBOY OF THE WESTERN WORLD for Channel 4, ROS NA RUN, FAIR CITY, AN TURAS, TEENAGE CICS, THE LAST FURLONG, TROUBLE IN PARADISE, WATERMELON, KILLINASKULLY, MATTIE, FAMILY, DETOUR, THE RUN OF THE COUNTRY, FATHER TED (Channel 4), THE BOXER and THE FIELD (directed by Jim Sheridan), INTO THE WEST, HAPPY BIRTHDAY TO ME, TALES FROM THE POOR HOUSE, DOWNSHIFTING and UNTITLED COMEDY for Umberto Pasolini.

Other stage appearances are A DOLL’S HOUSE, SAME OLD MOON, TWELTH NIGHT, CARTHAGINIANS, THE CRUNCH, CHICKADEE, THE CHASTITUTE, SHEEP’S MILK ON THE BOIL, DUN NA MBAN TRI THINE, THE MAI, FEAR AN TAE, THE  FIELD, THE CARNIVAL KING, THE SPIRIT OF ANNIE ROSS, FAITH HEALER, AN TRIAIL, HANSEL & GRETAL, LOVERS, WHERE HE LIES, THE GREEN FOOL, SMALLONE, LESS THAN A YEAR, PHILADELPHIA HERE I COME and LAST BEAUTY SPOT.

In the past six years Joan has directed some acclaimed productions. She created THE COLLEEN BAWN TRIALS for Limerick City of Culture. She directed ANYTHING BUT LOVE and EXCESS BAGGAGE, both by Mary Coll at the Belltable Arts Centre and MAYBE THE NIGHT by Kevin Barry for the 2013 Limerick Experiment. In 2008 Joan produced and directed BUCK JONES AND THE BODY SNATCHERS at the Georgian House in Limerick. It was nominated for Best Production (Irish Times Theatre Awards) and played at the Dublin Theatre Festival the following year. For Friars Gate Theatre, Joan has directed THE HUNT FOR RED WILLIE, IN THE SHADOW IN THE GLEN and THE TINKER’S WEDDDING. More recently, Joan directed Cathy Belton in the Irish premiere of THE MATCHBOX by Frank McGuinness, performed as part of the Galway International Arts Festival 2015.

Joan has a long association with Frank’s McGuinness’s work. She performed in CARTHAGINIANS (Druid) and in his versions of JOHN GABRIEL BORKMAN and YERMA (Abbey Theatre Co.) and THE STRONGER (Bewley’s Café Theatre). Frank directed Joan in the Abbey Theatre’s production of THE GENTLE ISLAND by Brian Friel. She recently appeared in John B. Keane’s  BIG MAGGIE directed by Garry Hynes for Druid.

Joan is recently appeared in SACRIFICE FOR EASTER, a new play by Pat McCabe at Elizabeth Fort on Barrack Street, Cork; presented by Corcadorca as part of Cork Midsummer Festival 2016. 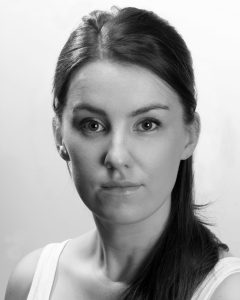 Clare trained at the Gaiety School of Acting and graduated in 2011. Since then she has featured in 3 seasons of the International Emmy Award-winning series MOONE BOY (SKY) as Fidelma Moone. This is her second production with Livin’ Dred having played Rosie in Seamus O’Rourke’s RIDE ON.

Other theatre credits includes THE BIG WALL for the Hawk’s Well Theatre, BIG MAGGIE for Druid Theatre, A MONTH IN THE COUNTRY for the Gate Theatre, KING LEAR for Sackville Productions, CHARLIE IS A KELPTO for Collaborations 2015, WALKING THE ROAD for Cavan Theatre Festival, ALONE IT STANDS for Verdant Productions. 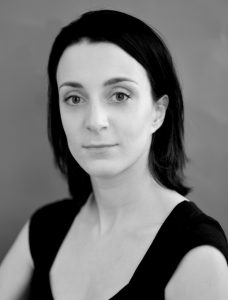 Maeve studied acting at the Gaiety School of Acting and graduated with a BA in Acting Studies from Trinity College in 2006.

She has appeared in numerous productions for Second Age Theatre including MACBETH, DANCING AT LUGHNASA, HAMLET, KING LEAR, THE MERCHANT OF VENICE and OTHELLO. For the Gate Theatre she has appeared in WITHERING HEIGHTS, PRIDE AND PREJUDICE and AN IDEAL HUSBAND. Other theatre includes ULYSSES for the Tron Theatre, Glasgow, THE YELLOW WALLPAPER for Then This Theatre, BOSS GRADY BOYS for Woodpecker Productions, WALNUTS REMIND ME OF MY MOTHER for Focus Theatre, A TALE OF FOUR DEVISHES for Project Brand New, PILGRIMS OF THE NIGHT for Rough Magic Theatre Co, HEAVEN SCENT for Tu Pie Are (Dublin Fringe) and A TOURIST’S GUIDE TO TERRORISM for Tourist Campsite production at the Edinburgh Fringe. 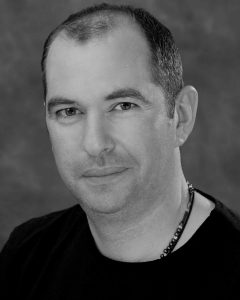 Padraic is a native of Bailieboro, Co. Cavan and trained as an actor at The Royal Welsh College of Music and Drama in Cardiff. He has an MA in Theatre Studies from DCU.

Padraic is Artistic Director of Livin’ Dred Theatre Company based in The Ramor Theatre in Virginia. He has directed their first seventeen productions THE BEAUTY QUEEN OF LEENANE, BELFRY, (both of which were nominated for Irish Times Theatre Awards) THE TALE OF THE BLUE EYED CAT, THE SNOW CHILD AND THE LITTLE DANCE GIRL, which he wrote for the company. In 2007 he directed THE TINKERS CURSE by Michael Harding which was nominated for an Irish Times Theatre Award for Best New Play and CONVERSATIONS ON A HOME COMING for Livin’ Dred/NOMAD which was nominated for The Judges Special Award.

He has also directed THE CHILDREN OF LIR, SHOOT THE CROW, A CHRISTMAS CAROL, The GOOD FATHER, THERE CAME A GYPSY RIDING  and OBSERVE THE SONS OF ULSTER MARCHING TOWARDS THE SOMME both by Frank McGuinness, RIDE ON! by Seamus O’Rourke and THE BRIDGE BELOW THE TOWN by Pat McCabe with whom he has developed a close working relationship. Livin’ Dred/NOMAD’s production of THE DEAD SCHOOL by Pat McCabe was regarded as one of the theatrical highlights of 2008 and was nominated for three Irish Times Theatre Awards including Best Production. It completed a three-week sell-out run at The Ulster Bank Dublin Theatre Festival in September 2009 and the Tricycle Theatre, London in 2010.

He has worked as an actor throughout the UK and Ireland. Recent Theatre as an actor includes: EMERALD GERMS  by Pat McCabe, A NIGHT IN NOVEMBER by Marie Jones (Ramor Theatre), The BALLAD OF PAT MCNAB by Pat McCabe (Livin’ Dred Theatre Co.), TALKING TO TERRORISTS (Calypso Productions), The GREEN FOOL (UpState Theatre Company, National Tours), TWO HOUSES (Upstate Theatre Company), WINTER CAME DOWN (Quare Hawks Theatre Company), HOWIE THE ROOKIE (Library Theatre, Manchester), SHAGNASTY & DUCK (Guilded Balloon, Edinburgh), Loves Labours Lost (English Touring Theatre, National Tour), BIG MAGGIE (New Vic Theatre), A SKULL IN CONNEMARA (Rocket Theatre, Manchester). He has appeared in LOVE/HATE and the feature film The BALLAD OF HONKY MCSWAINE and most recently in RTE’s CHARLIE. Padraic recently directed THE FIELD by John B Keane and ARE YOU THERE GARTH, IT’S ME MARGARET (Gaiety Theatre), The KINGS OF THE KILBURN HIGH ROAD by Livin’ Dred at Ramor Theatre and a national tour.