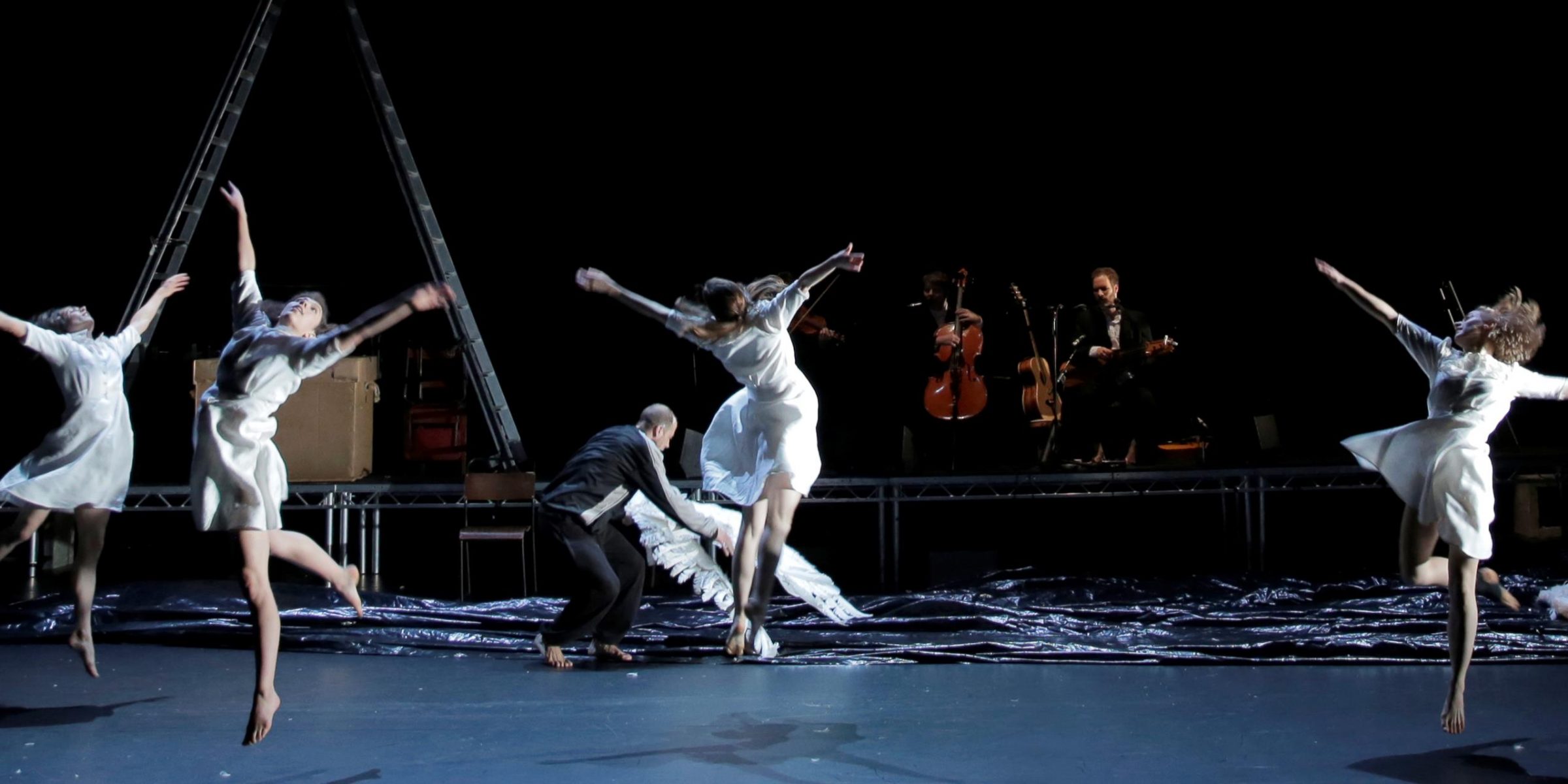 From the imagination of one of Ireland’s foremost dance and theatre makers comes a magical adaptation of one of the most famous of all story ballets, Swan Lake. Michael Keegan-Dolan has forged a searing new vision for this beloved tale, creating a world of magical realism, powerful imagery and potent storytelling.
Featuring a cast of thirteen, including Mikel Murfi, this Swan Lake is rooted in a place where ancient Irish mythology and modern Ireland meet. The Dublin based band Slow Moving Clouds has created a new score that combines Nordic and Irish traditional music with minimalist and experimental influences. The result is a Swan Lake for our time and a stunning debut for Keegan-Dolan’s new company, Teaċ Daṁsa.

“raw, raucous, redemptive, majestic, vital and empowering.”
***** The Irish Times
“The runaway success of this year’s festival, Swan Lake / Loch na hEala, likewise rolls drama, dance and music together to create a haunted and haunting piece…It’s a show can that be both ugly and extraordinarily beautiful, as it shifts through darkness to an eruption of light and joy at the end.”
***** The Financial Times
“A skilfully crafted work that touches on weakness and power, darkness and transcendence, this is clear-voiced theatre with magic in its veins.”
***** The Evening Standard
“Michael Keegan-Dolan, who has a rare gift for transforming old ballets into new, has taken the 19th-century story and hammered it into a thing of wonder”
***** Observer

*Please note:
This show contains adult themes
Late-comers will not be admitted to this production