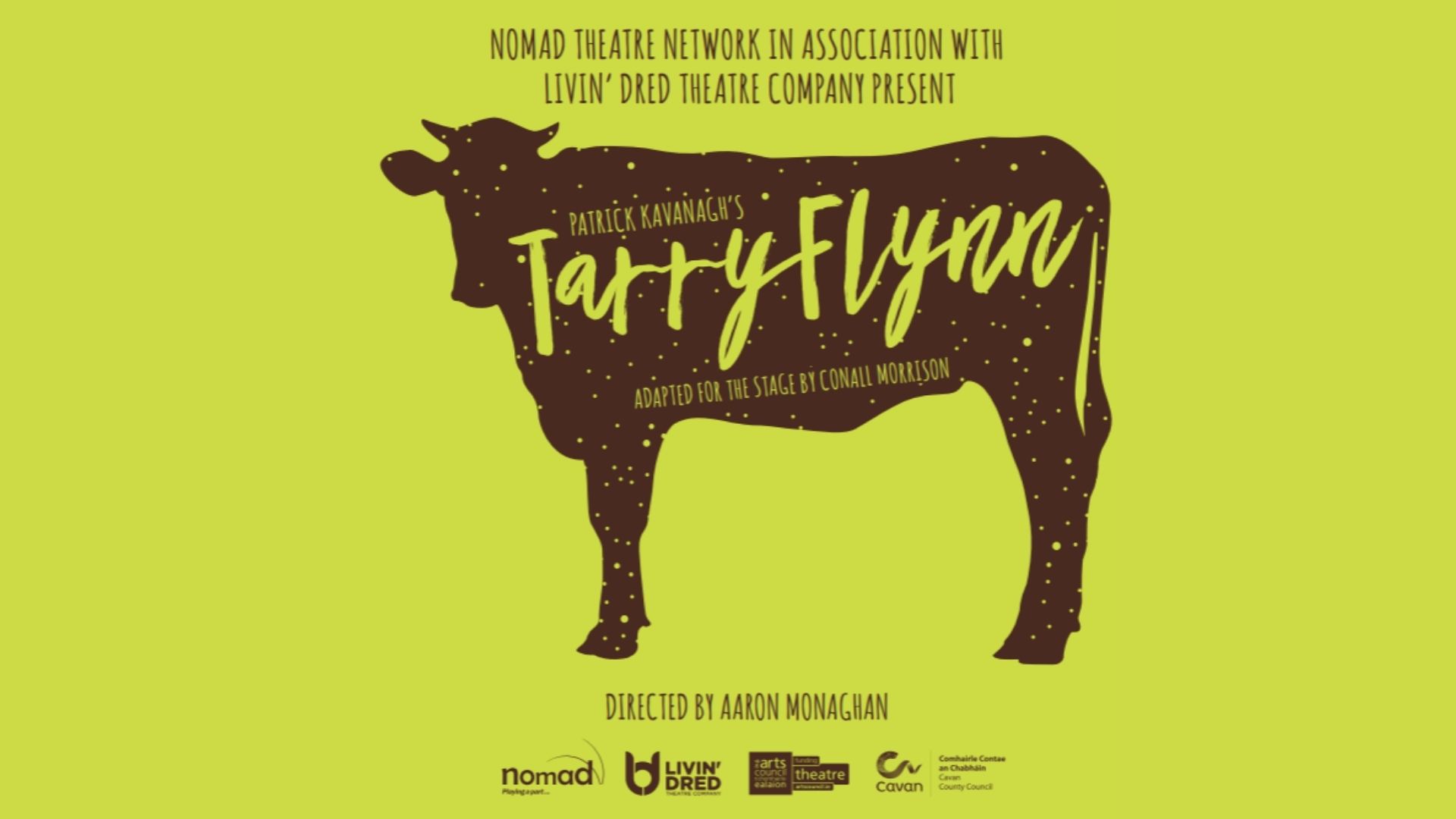 With a large-scale cast, this Nomad Theatre Network production of Patrick Kavanagh’s seminal work, adapted for stage by Conall Morrison, is given dynamic new life under the direction of award-winning Aaron Monaghan and Livin’ Dred Theatre Company, and promises to be one of the theatrical events of the year.

A love-letter to life in rural Ireland.

“He was sitting closer than ever he had sat to a girl before. And it was the girl he had dreamt of. He was terribly unhappy.”

At once heart-breaking, hilarious and energetic, don’t miss this joyful, earthy, imaginative & beautiful production that promises to be one of the theatrical highlights of the year.

This production continues the close-knit relationship which NOMAD and Livin’ Dred have cultivated over the years, capitalising on a highly successful and fruitful partnership. NOMAD Theatre Network was set up in January 2006 to further the development of the performing arts in the North Midlands region and extend the parameters of regional, national and international performances available to venues and their audiences. The network has produced a host of high quality theatre productions including The Dead School by Pat McCabe directed by Padraic McIntyre/Livin Dred and The Far Off Hills by Lennox Robinson directed by Mikel Murfi. It collaborated with Teac Damsa in 2018 to bring their seminal work Swan Lake: Lock na hEala on tour nationally also.

Over the past seventeen years Livin’ Dred Theatre has established itself as one of the most important and well-known independent theatre companies in Ireland. Tarry Flynn follows up on the companies recent smash-hit successes, which include a highly-acclaimed run of Danti-Dan by Gina Moxley, and a sell-out tour of Trad by Mark Doherty which was seen by over 3600 people nationally.

Aaron Monaghan’s work to date as both an actor and director has garnered him huge respect with audiences throughout the country. Aaron says that Tarry Flynn is the book that he picks up and reads a few chapters of most often. “Maybe it’s because I’m from Cavan and it’s set there, but I feel deeply connected to the book. Kavanagh makes you laugh your face off in one paragraph and punches you in the stomach with the tragedy of the next one. The great un-heroic Irish hero.”

At once heart-breaking & hilarious, don’t miss this joyful, earthy, imaginative, energetic & beautiful production which has been described as “a love-letter to life in rural Ireland”.